Apart from a little more drama, a notion set with the desperate urgency of opening track 'Closer,' not much makes Year of the Gentleman, Ne-Yo's third album in as many years, all that different from In My Own Words or Because of You. If there are any real shake-ups in the songwriter/singer's m.o., they are subtle, not glaring, typically evident only in the production wrinkles brought by his collaborators. Had each album been separated by a few years of inactivity, this lack of change might be an issue, but since breaking out with Mario's 'Let Me Love You' in 2004, Ne-Yo has been nothing if not steady and consistent, a constant presence in the R&B chart who probably could not devise a gimmick if his career depended upon it -- unless you hold those natural and often uncanny Michael Jackson vocalisms, as present as ever throughout highlight 'Nobody,' against him. What makes the album slightly less satisfying than Ne-Yo's first two albums is that the ballads are slightly sappier and overwrought. The odds are in his favor, however, that no one has written a more gorgeous song about slothful self-loathing. That song, 'Why Does She Stay,' forms the front end of a two-track patch of glorious gloom -- the album's center, both literally and figuratively -- complemented by 'Fade into the Background,' where he watches the one who got away get married. 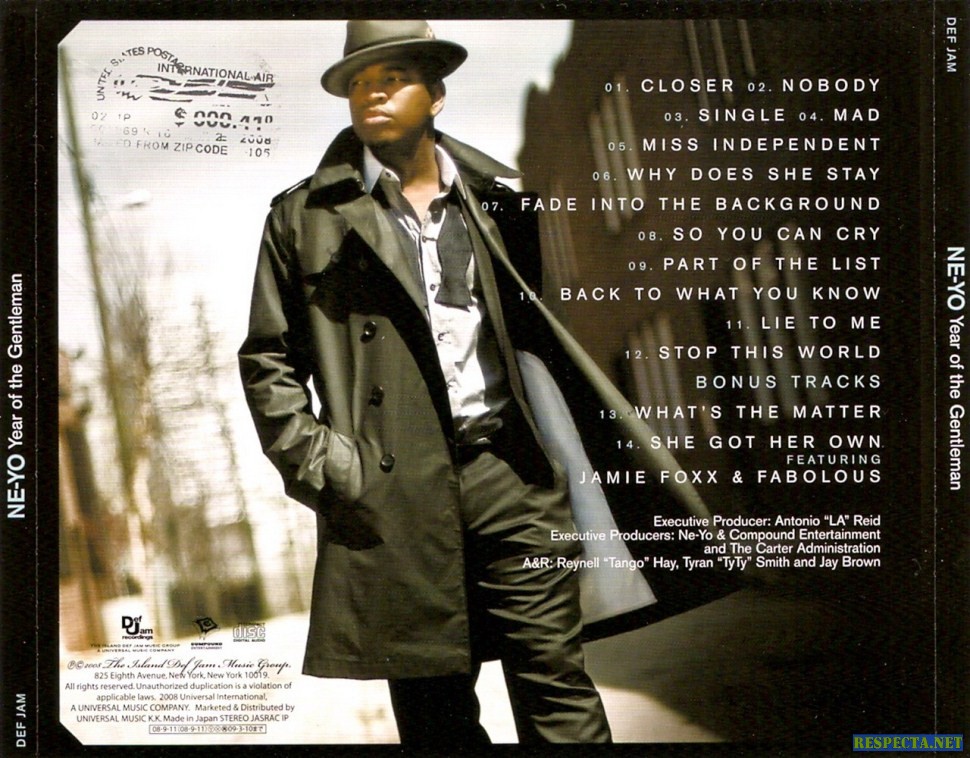 Ne-Yo – Year of the Gentleman iTunes. Miss Independent 06. Why Does She Stay 07. Fade Into The Background. Ne-Yo - Closer is one of 12 songs on Ne-Yo's album 'Year of the Gentleman'. I uploaded this song because I got his CD for Christmas of 2009. I am uploading all 12 of his songs from his album.