Kendrick Lamar drops a brand new record titled “The Heart Part 4.”“My fans can’t wait for me to son yo punk ass & crush ya whole lil s**t/ I’ll Big Pun ya punk ass, You a scared lil b**ch!,” raps the TDE MC on the vicious track. He later continues his lyrical assault, “Tiptoeing around my name ni**a you lame and when I get at you homie don’t you tell me you was just playing.”

Kendrick Lamar on the socially-conscious track “Heaven Help Dem.” However, TDE blocked the song when Emile shared it in online. Though Emile won the court case against the label, he said Top Dawg is still trying to “silence” “Heaven Help Dem.“So Emile reached out to DJBooth.net and published an open letter to the “King Kunte” emcee. The Montreal-based artist hopes to come to a resolution that will benefit all parties. Here is an excerpt.

Yesterday night, Kendrick Lamar took to his Instagram to post a now-deleted cryptic “IV.” This took the web by storm — not only does the Compton emcee rarely post to social media (his Instagram account is currently completely empty), it got fans to speculate that the post is the beginning of the rollout for his fourth studio album. They weren’t too far off — it didn’t take long for Kendrick to release the fourth installment of his “The Heart” series. It was not only the the first K-Dot release in 2017, “The Heart, Part 4” is his first original material since the release of his 2016 rarities compilation album, untitled unmastered. The Alchemist, DJ Dahi, Syk and Axlfolie-produced, Khalid-sampling track finds Kendrick going all-in lyrically, boasting about the $30 million USD he made over the course of his career and the attainment of the status of “a hip-hop rhyme savior.” After a few jabs at Donald Trump and allegedly, Big Sean and Drake, Kendrick finished the track with the line, “Y’all got ‘til April the 7th to get y’all sh*t together,” hinting at the possible release date for his incoming fourth studio album.

Before we get to the big things such as his album, let us first revisit on the three predecessors of “Part 4” and what makes this series so important to Kendrick’s career. “Part 1” takes us all the way back to Kendrick’s humble beginnings in early 2010, before he gained any major recognition and before he released his well-received Overly Dedicated mixtape. The songs all follow a similar structure of a lengthy Kendrick verse (or verses) and little to no choruses. Although only “Part 2” is featured on a major project, “The Heart” series exhibits the rawest and most unfiltered Kendrick, one who talks about everything he’s feeling at each stage of his career.

The first installment of “The Heart” was one of the more notable tracks that Kendrick Lamar dropped before his critically-acclaimed Overly Dedicated mixtape. The track samples Bilal’s “Sometimes,” off of his classic 1st Born Second album as well as Mos Def’s Black on Both Sides track, “UMI Says.” Its Dee.Jay.Dave-directed music videos finds K-Dot hanging out and hitting various locations with his Black Hippy squad. The track, although later put in an unofficial compilation titled Kdot Drops, is not part of any Kendrick’s official projects. He introduces himself in “Part 1” as “a lil’ Compton n*gga” and tells listeners that he aims to be as great as rap legends like 2Pac, The Notorious B.I.G., Big Pun, Eazy E and Big L without having to die early like them. Lamar cites motivation from well-known rappers from his area like Nipsey Hussle, Glasses Malone, Jay Rock, Dom Kennedy, Murs, Fashawn and more, and even speaks on the time J. Cole was eight hours late for his 2010 XXL Freshman cover shoot.

Kendrick’s first major project, Overly Dedicated, served as a first impression for many of his early supporters. It’s also likely that “The Heart, Part 2” is the first song heard by these supporters because it is the opening track on the mixtape. Lamar has said several times in the past that this is his favorite song on the mixtape, and one of his favorite songs he’s ever done. The song’s instrumental is a loop of The Roots’ Amber Coffman, Angel Deradoorian and Haley Dekle-assisted track “A Peace of Light” from the groups 2010 album How I Got Over. The track’s intro features a monologue from late New York photographer-artist Dashiell “Dash” Snow, who was one of the people who the tape is dedicated to as Dash had died from drug overdose (O.D.). The outro features late Carson, California vocalist Alori Joh, who was heavily affiliated with Top Dawg Entertainment until her death in 2012. Overall, the track is much grimmer than the first as it finds Kendrick speaking on the harsh realities of Compton, spirituality, death and the afterlife and more. 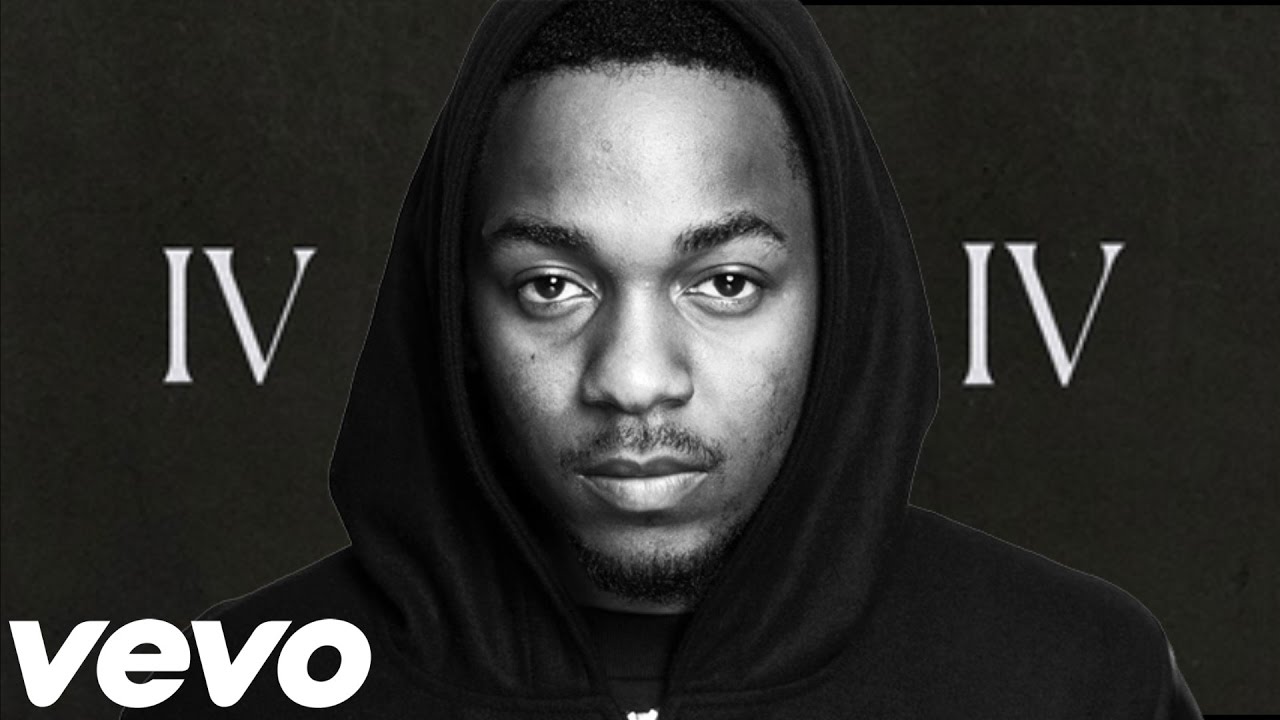 Fast-forward two years since “Part Two,” and Kendrick Lamar has successfully become an international rap star. Starting the track out with, “When the whole world see you as Pac reincarnated,” Kendrick positions himself as someone who already is being looked up to. The third installment of “The Heart,” also titled “Will You Let It Die?,” marked the first time the Compton emcee featured rappers other than himself on the series. “The Heart, Part 3,” featuring fellow Black Hippy members Ab-Soul and Jay Rock, was recorded in Las Vegas three days before his sophomore studio album, good kid, m.A.A.d city, dropped. Impressively, the track was released just a day after he had recorded it. Produced by Tae Beast and mixed by Ali, Kendrick speaks on being an example for the new generation of Compton, the enormous pressures and ambitions being in his position and more. K-Dot shouts out his TDE family — Punch, Jay Rock, Top Dawg, Ab-Soul and ScHoolboy Q — as well. “Part 3” contains five verses, with Soul and Rock delivering verses two and four respectively. The track samples Willie Hutch’s “Mother’s Theme (Mama)” off of the soundtrack from the 1973 film The Mack. It would be five years after the release of “Part 3” until Kendrick dropped the next episode of “The Heart.” 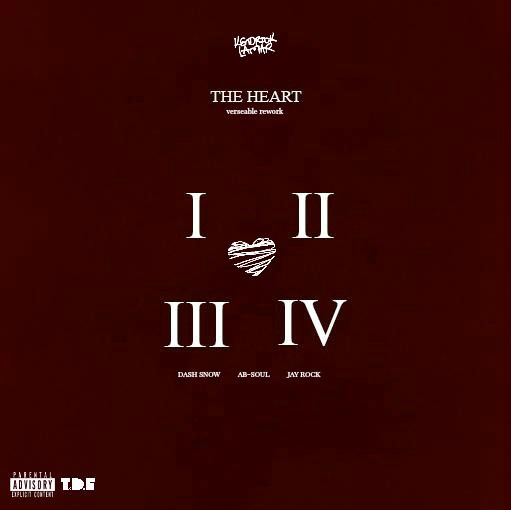 Kendrick Lamar first teased “The Heart, Part 4” on his Instagram page on March 23 with a Roman numeral four against a grey background. While many assumed that it was a hint at his impending fourth album, it instead referred to the fourth installment of his “The Heart” series. Shortly after, the Compton rapper dropped the track, making it his first song of 2017 and his first release since 2016’s rarities collection EP, untitled unmastered. The former part of the song is produced by Axlfolie of THC and Syk Sense. Apparently, Syk and Axlfolie made this beat using Khalid’s voice and it ended up having a “Kendrick vibe.” The two beatmakers sent it off to the rapper and he ended it up using it for this song. The rest of the track is produced by The Alchemist and DJ Dahi, making it a total of four producers who worked on this song. In the track, K-Dot reveals that he has made $30 million USD and attained the status of “a hip-hop rhyme savior.” He also sends shots directed at Donald Trump and criticized the latest electoral process of the US. After sampling a 21 Savage line, firing alleged Drake and Big Sean shots and making references to Big Pun, JAY Z, Russell Westbook among others, Kendrick finished the track with the line, “Y’all got ‘til April the 7th to get y’all sh*t together,” hinting at the possible release date for his incoming fourth studio album.